Just a short article today, as I’m getting ready to spend a week on a mountain island. Why so isolated? Because of Reply All.

Table of Contents
1 The Reply All Timeline
1.1 A full-on Reply All avalanche
2 “Please remove me from this blog post”
3 Detaching from humanity

The story starts at 11:31 AM on Monday August 3, 2020. That was the timestamp when Cedric made his simple but devastating mistake.

Cedric—a coworker I’ve never met at our 50,000+ employee mega-corporation—replied to an email with a simple request: “Unsubscribe.” Cedric, you see, didn’t want to get spammed with unwarranted emails on that particular email list. Ironic.

But Cedric didn’t realize he was replying all. And that email list had 10,664 people on it. Cedric made a simple boo-boo. But he set off a ripple of human shortcomings that likely cost hundreds of thousands of dollars in damage.

The Reply All Timeline

That first email didn’t even have body text. Just a subject line of “Unsubscribe.” Within 9 minutes, four more people Replied All with similar requests. Ugh—spam! Take me off this list, they asked.

“To those replying to this email to be removed, you need to submit an IT Service Now ticket. It doesn’t work to simply reply ‘unsubscribe.'”

Not only did Cedric and others reply to 10,000+ people, but their requests (to Unsubscribe) were misplaced. Nobody on the email list could help them.

But this sixth email provided all 10,000+ people with a solution! Cedric (and four others) made a mistake, but this sixth coworker identified that mistake and provided corrective action. Woohoo! Issue closed, right?

Yet the emails kept coming. There would be 20 more emails in the next 5 minutes. Confusion, frustration, spam. More people asking to Unsubscribe and more people (mostly angry) begging to stop replying all!

At 11:45 AM, a new category of email cropped up: the joke. It was inevitable. Some people make innocent mistakes. Some reply with misguided frustration or helpful corrective action. Others make a joke of it all.

Out of all the jokes that would follow, this one was my favorite (you might have to be a Star Trek fan to know the reference).

A full-on Reply All avalanche

We were all humorously frustrated with the avalanche that Cedric triggered.

By noon, there were 20 “Unsubscribe” emails, 28 “Please Stop Replying All” emails, and 10 joke emails. Everyone around me was talking about it, laughing about it, asking each other how to set-up Outlook rules to divert new emails straight to the Spam box.

The last 20 minutes of the deluge was IT and software guys cracking jokes to one another…and to the other 10,000 people on the list.

Another sarcastic coworker went ahead and applied some Best Interest thinking to the situation. Assuming that most people on the list were reading the emails as they came in, each Reply All was costing the company thousands of dollars.

Note: $100/hour cost is significantly different than an employee’s wage/salary. Cost includes stuff like keeping the lights on and paying for general/administrative charges.

Why? Why did this happen? There are hundreds of reasons, most dealing with human shortcomings.

A senior engineer who sits close to me lamented, “I’m losing faith in our ability to be a technology company.” I thought his scope was too narrow! I’m more worried about our species on the whole.

But then again, maybe I should be hopeful. After all, out of 10,664 people on the list, 10,570 of them knew that the best action was to keep quiet and let the thing burn-out. That’s over 99% compliance!

And even then, I think my Reply All coworkers really were doing what they thought would help. They were innocently asking to Unsubscribe. They were pleading, “STOP!” in order to save themselves and others some time. They were cracking jokes to bring levity to a frustrating situation. One or two were pretty trollish, but that’s to be expected.

I see the same thing out in the real world on more important topics. The problem (usually) isn’t people choosing to take knowingly evil actions. The problem is confusion and misguided intentions at what good vs. evil actually looks like.

It’s easy to misconstrue or metamorphose poor education into a broken moral compass. We’ve got to be increase our desire to learn and desire to teach. The truth is out there, if only we’d improve at seeking it.

Or maybe I’m just another misguided spammer adding to the cacophony.

At the end of the day, the 94-email thread was a little vexing, eventually funny, and wasted an estimated $282,000 in company time.

Did I Reply All? No. I just took notes on what I thought would become an amusing blog post.

If you have any thoughts, I hope you’ll leave a Reply—or Reply All—in the comments section below. I probably won’t respond for a while as I (understandably) detach to that mountain island.

Thanks for reading the Best Interest. I'll be honest...didn't know what to title it.

But you'll enjoy it.

*Why do poor people buy the most lotto tix?
*Why are minimum wage workers betting big on RobinHood?
*What to do about an impending wave of impoverished elderly? 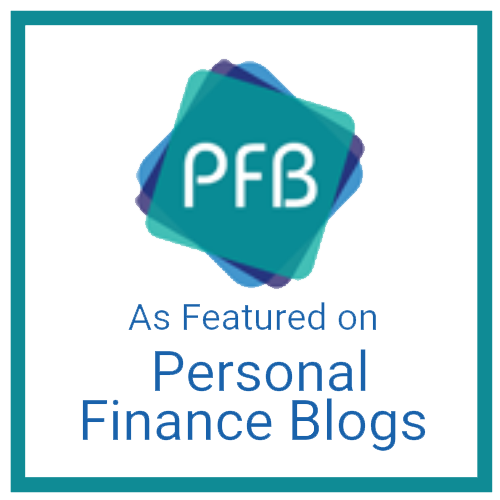