Calculating your FI number involves a combination of personal circumstances and societal circumstances. We’ll cover some important questions that you ought to ask yourself.

Let’s walk through the three easy steps for you to calculate your own FI number.

Step 1: How Much Will You Spend in Retirement?

The most important question in calculating your FI number is how much money will you spend in retirement?

At first, that question seems daunting. How can I be expected to calculate 30, 40, 50 years of expenses?

How Much Will You Spend in a Year?

Most popular financial websites—Fidelity, NerdWallet, MarketWatch, etc.—suggest that typical retirees spend ~80% of their final year’s income as annual retirement spending. This is dumb.

Why scale final year income to retirement spending? If a worker earns $100,000 in his last working year—but we don’t know anything else about his lifestyle—how can we confidently suggest that he will spend $80,000 per year in retirement?

Since we want to know about retirement spending, why not look at working years’ spending? Compare spending to spending. Doesn’t that make more sense?!

That’s what SmartAsset did when they found that “average retired household spends $45,756 each year…[which is] $15,200, or 25%, less than the average working household.”

Boom! There’s a good rule of thumb. You can estimate that you’ll spend 75% of your current annual spending during retirement.

Don’t know your current spending? All the more reason to start a budget.

Ben has neglected inflation, the idea that services and goods tend to get more expensive over time.

Historical inflation rates in the U.S. have typically fallen in the range of 2 to 5% per year. There is some present concern that the COVID-19 stimulus packages might push inflation higher soon.

If Ben is conservative, perhaps he’ll predict a 4% per year inflation rate for these next 10 years.

Do you have your annual retirement spending number?!

Your withdrawal rate is the percentage of your retirement portfolio that you will convert to cash each year to live off of.

To understand how an SWR relates to the FI number, we need to understand retirement planning economics.

How SWR Relates to the FI Number

At first blush, most people assume a retirement portfolio will change like this:

Simple subtraction. Each year you subtract more money from your portfolio until you run out. Makes sense…

Nope! That’s too simple. And thankfully, this is an error in our favor. In reality, the retirement portfolio math looks like this:

What a big difference! Sure, we subtract money every year via withdrawals. But we add value every year (or at least, most years) through investment gains.

It doesn’t take a math genius to realize, “If my Investment Growth is equal to the Money I Withdraw, then those two terms of the equation ‘cancel out.’ My portfolio will never change…I’ll never run out of money!”

Therefore, a simple SWR would be equal and opposite to a conservative investment growth rate. If I expect that my Investment Growth is 3% per year, then that growth will counteract an SWR of 3%. I could choose a 3% SWR and never run out of money. Boom!

What is a Reasonable Investment Growth Rate?

We need to know: how quickly do investments grow? In the previous paragraph, we assumed a growth rate of 3% per year. Is that realistic?

If we expect growth of 10% per year, we can retire much sooner than if we expect 2% per year. This question has (literally) trillions of dollars depending on it.

But there is a terrific rule of thumb known as the 4% Rule. For background on the 4% Rule, read this Best Interest article about the Trinity Study.

The summary of the 4% Rule is that a typical retiree can use 4% as their SWR for a 30-year retirement. In practice, the retiree would withdraw 4% of their portfolio in Year 1 of retirement. They would then increase that withdrawal amount by the inflation rate for Year 2 of retirement. Each subsequent year would be scaled by inflation.

Does the 4% Rule mean investments grow at 4% per year? Not necessarily.

Some years will see large growth, greater than 4%. Other years might see small growth or negative growth. Worse yet, there could be series of years of suboptimal growth. But over long timespans (e.g., 30 years), a 4% withdrawal rate is safe.

4% is an SWR that the Trinity Study found safe for most conservative retirement portfolios.

What SWR Should You Use for Your FI Number?

Maybe. The true answer is that SWR is complicated. One of the more famous projects in the financial independence world is Big ERN’s Safe Withdrawal Series. Big ERN has a Ph.D. in Economics and has written more than 40 articles detailing various aspects of finding your SWR.

But for the sake of brevity, there are a few shortcuts to give you an SWR starting point.

So…how do we now find our FI number?

If you know your annual retirement spending and your safe withdrawal rate, then calculating your FI number takes one simple arithmetic step.

That’s it! Let’s go back to Ben and calculate his FI number.

We determined earlier that Ben’s annual retirement spending (starting in 2030) will be $44,000 per year. And for now, let’s use the traditional safe withdrawal rate of 4%.

Some of you might notice that dividing by 4% is equivalent to multiplying by 25 [1 divided by 4% equals 25]. This leads to another common rule of thumb: your retirement nest egg should 25 times your annual spending.

How Could The FI Number Go Wrong?

Your FI number provides a starting point for retirement. But the world is a dynamic place, and your retirement plan might require adjustments as you age.

For example, one large retirement risk is the “sequence of returns” risk. This risk is that your investments might perform poorly in the early years of your retirement, thus draining your portfolio faster and earlier than anticipated. Your FI number ends up being too small compared to reality.

Thankfully, there are many ways to combat this risk.

For starters, the 4% Rule already has a safety net built-in. It has been successfully back-tested against historical market performance. This includes analyses of negative returns during early retirement.

In fact, the 4% Rule was designed with extreme conservatism. I’ve written about this idea in an article about ergodicity. It’s meant to be successful in 95-100% of all retirement scenarios.

Financial adviser Michael Kitces points out that the 4% Rule would leave a retiree with more money at death than when they started retirement for most of the historical back-testing periods. That’s not a typo. It’s conservatism.

Solutions to Sequence of Returns Risk

Only the worst-of-the-worst luck leads to the 4% Rule failing. And if you have bad returns early in retirement, then there are two “easy” stop-gaps:

This plot shows a simple example of sequence of returns risk.

Since this particular retirement is struck by poor early investment performance, we’re required to withdraw more of our investments to fund our lifestyle (unless we find another income stream or decrease our expenses). That’s what the blue line shows via the early peaks.

If we think of shares as the ultimate resource (rather than dollars), we might hesitate to sell 60 shares in one year early in retirement when those same 60 shares fund three years of retirement later on (see the right Y-axis).

You Live Longer Than Expected

Another “risk” to the FI number is that you live longer than expected. Is this a problem?! Sounds like a good thing to me 🙂

It’s true: if we plan for a 30-year retirement and live for 40 years, we might see a problem. We could run out of money! But thankfully, the solution is similar to a sequence of returns solution.

We can dynamically change our retirement plan after we’re already retired to account for any new gaps in our FI number. For example, we can sit down once a year and ask, “What if I live to 95 instead of 85?”

As noted above, most conservative retirement plans end up with more money after 30 years than where they started. For these people, living longer than expected will not negatively affect their retirement or their FI number.

There’s your primer on the FI number. It’s how much money you need to successfully retire. And to calculate it, take your annual retirement spending and divide it by your safe withdrawal rate. That’s it! 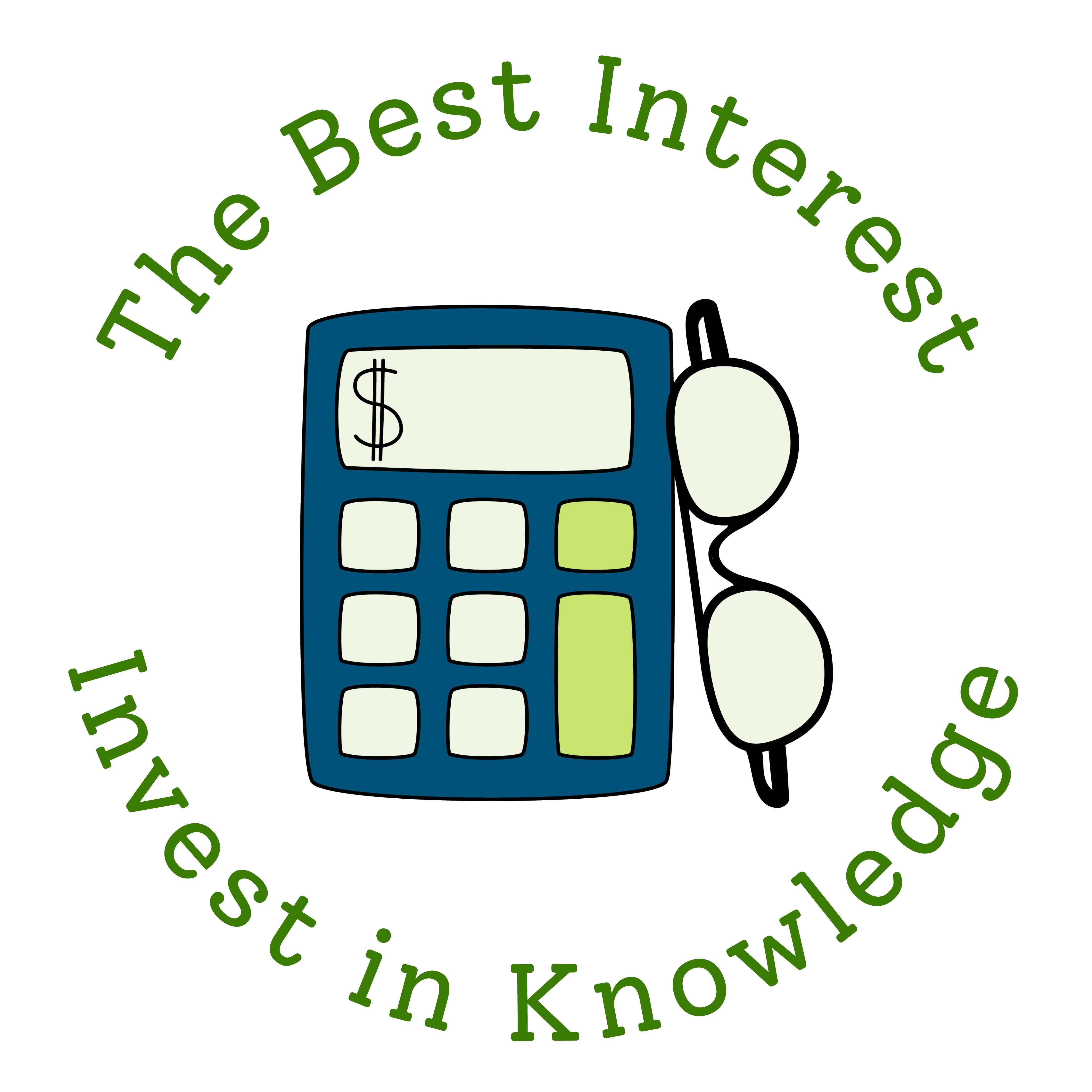