Table of Contents show
1 How often will you double your money?
2 The Silent Killer
3 The Expens(iv)e Ratio
4 The Savings Rate: Basic Finance Plots for the FIRE-y youngsters
5 Random Walk

How often will you double your money?

If you expect historical returns in the stock market, you’ll double your money about every 7 years.

How long would it take you to double your money if it’s sitting in a safe online savings account? Probably about 35 years.

Another way of thinking about the illustrious compound interest is to ask, “How often will you double your money?”

Debt. Silent but deadly. Of all of today’s basic finance plots, this is the banana peel.

For a 30-year mortgage on a $200K house at 4% interest, you’ll make $141K in interest payments. That’s the bank’s fee for lending you money. It ends up being about 70% of the total that you borrowed in the first place. Yikes!

If we take that same mortgage down to 15 years, you’d pay $65K in interest payments, or about 33% of the total you borrowed.

The quicker you get out from under the debt monkey, the fewer bananas it steals.

Just about every investment firm, mutual fund, or 401(k) plan charges something called an “expense ratio.” It’s the fee that you’re charged, and it’s expressed as a percent of your total investments. They seem small, but expenses ratios are another example of something that really bites you over time.

In this very reasonable example, our investor puts $5000 a year into an investment that grows at 7% per year. But how do different expense ratios affect the final nest egg after 35 years?

Compared to the other basic finance plots, these results look pretty similar to one another. But hopefully this plot shows…a “small, harmless” expense ratio of 0.5% costs our investor 13% or $197K of their retirement fund, as compared to a fund with no expense ratio. $197K!!

A expense ratio of 0.1%—which is actually fairly good for the industry—costs our investor about 2.5%, or $42K. Still…that’s quite a lot!

Granted, these firms or funds are doing a lot of the “dirty work” on our behalf, and they deserve some compensation for that. But you are the one putting up all the money. You’re the one taking all the risk! Take another look at this basic finance plot–don’t let high expense ratios take away your reward.

The Savings Rate: Basic Finance Plots for the FIRE-y youngsters

While some folks still consider 65 to be the retirement age, more and more people are targeting FIRE.

We make some investment assumption (7% returns) and inflation assumptions (2% per year).

The quintuplets will use a simple retirement requirement. They will each save to a point where their annual investment growth (7% positive, 2% negative inflation), fully pays for their yearly spending.

But since the eldest spends less, her nest egg doesn’t need to be as big. And also because she spends less, it means she can save more each year. It’s a great double-whammy! Both the small nest egg and greater savings mean she can retire much sooner.

Even a simple change in Savings Rate from 10% to 20% (our two youngest quintuplets) results in a 14 year difference in their retirement age.

Our eldest quintuplet could retire at age 35, only 13 years from now. But the youngest? Not until 68.

In “A Random Walk Down Wall Street,” author Burton Malkiel offers a historical average market return of 1% per month with a 4.5% standard deviation. The market tends to go up (the average is positive), but there’s a high variation in these returns (high standard deviation). When you plot it out, it looks a bit like a confused pedestrian going for a random walk.

As a nerd, I wrote a MATLAB script to run through some simulations using this data. For a given month, I invested $1000 and then assigned a random rate of return using the average and standard deviation. Then, I simulated 35 years, or 420 months—a typical American career. And then I simulated that career, randomly, 100,000 times. Ok…so maybe this is the least basic of the basic finance plots. But I think you’ll find the following explanation fairly straightforward!

This plot simply shows 10 random results (out of the 100,000). The best of the 10 here shows a $28 million retirement fund. The worst? $1.1 million. The average was $6.8 million. And the red line shows the “Mattress Technique” of investing, whereby the investor stuffs the $1000 per month under his mattress. After 35 years, that investor will only have $420K.

But that means that 99.9% of the simulations did better than simple savings accounts…that’s the power of the market, even with some “random walk” involved.

I could use a more conservative average return. Rather than 1% per month, let’s use 0.72% per month—that leads to 8% average growth per year. In this simulation, the results were:

Not as good, for sure. BUT, we’re still looking at ~97% of the simulated scenarios doing better than a simple savings account. I like those odds.

UPDATE: a friendly Reddit user suggested I use a Laplacian distribution instead of the Gaussian distribution that I originally used for this. Why? The Laplacian is a better model for “long-tail” behaviors. Long tail? It’s when you’ve got a behavior that’s very stable most of the time–and therefore “tall” at the average–but occasionally has an extremely unstable event. This unstable event occurs very far from the average, and thus gives the data graph a “long tail.”

The S&P 500 provides perfect “long tail” data. If the S&P matched a perfect Gaussian distribution, one would expect a single-day 4% drop to occur about once every 60 years. But in reality, a 4% drop occurs more than once per year, on average! Clearly, the Gaussian is missing something. So let’s see how a Laplace simulation works out (using 1% average monthly returns):

As one might expect with Laplace, the tails are more significant. A higher max, a lower min, and more failures. The median and average, however, are very similar.

Five basic finance plots. A lot of important info. I hope learned something today, and please come back to re-visit these ideas in the future. And thanks for reading the Best Interest.

11 thoughts on “Basic finance plots: from ‘random walk’ to retirement” 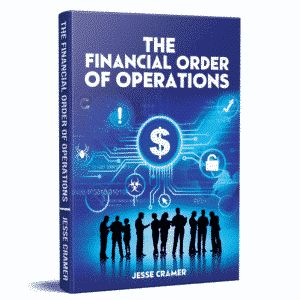